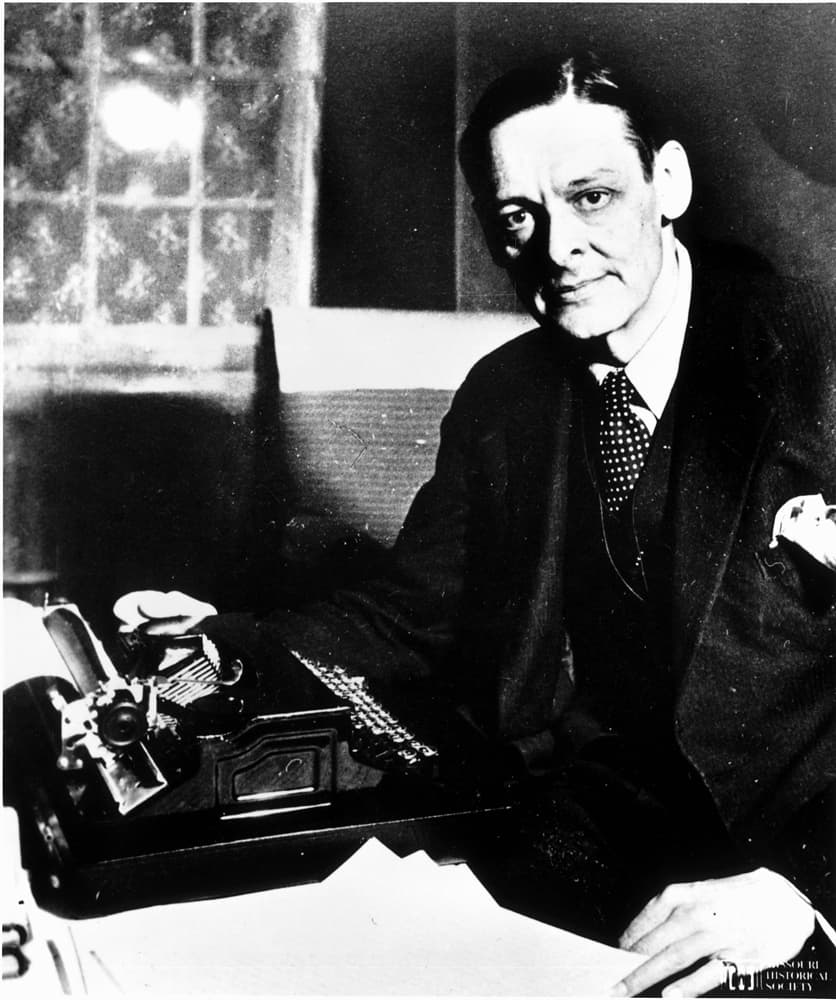 The grandson of the founder of Washington University, T.S. Eliot was born in St. Louis and attended Smith Academy here. He is best known as a poet and critic, and his The Waste Land is one of the most influential works of the twentieth century. Other noted compositions include Portrait of a Lady, The Love Song of J. Alfred Prufrock, The Hollow Men, Ash Wednesday, and Four Quartets. He received the Nobel Prize for Literature in 1948 and the American Medal of Freedom in 1965.