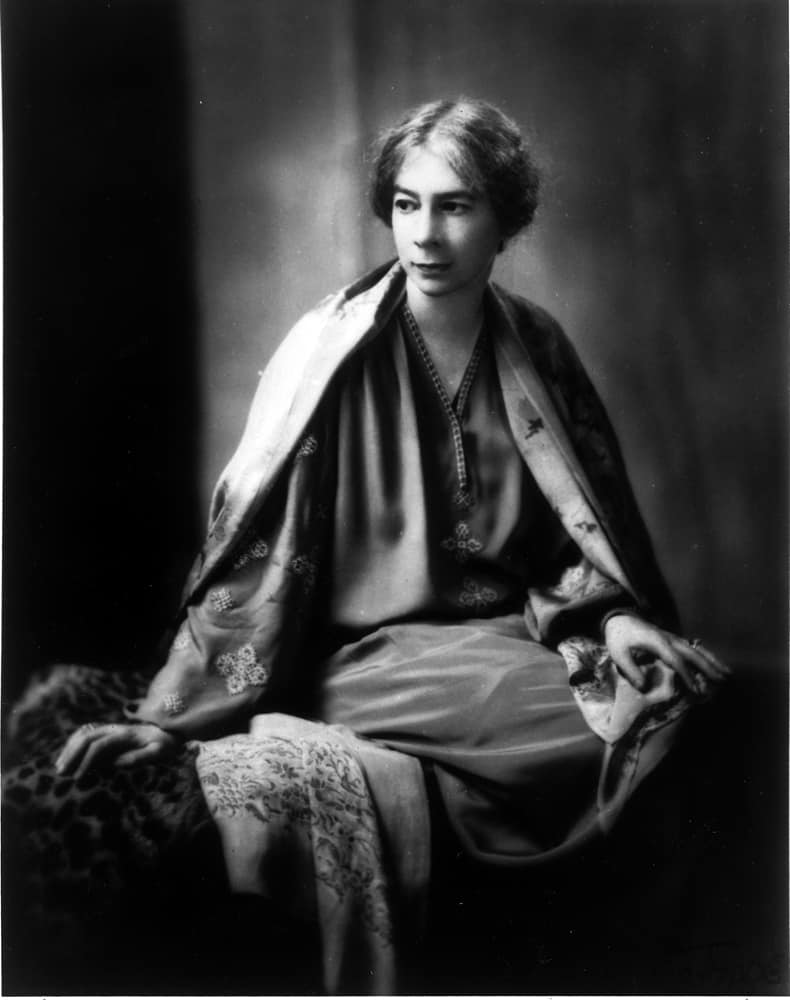 Sara Teasdale was born in St. Louis and lived both on Lindell Blvd. and on Kingsbury Place. While attending Mary Institute and Hosmer Hall, she began writing poems. First published in 1907, Teasdale wrote several collections of poetry in the following decade and became known for the intensity of her lyrics. In 1918 Love Songs won what was essentially the first Pulitzer Prize for Poetry. Expressing disenchantment with marriage, Teasdale’s later poetry resonated with suffering and strength. According to one biographer, Sara Teasdale spoke for “women emerging from the humility of subservience into the pride of achievement.”