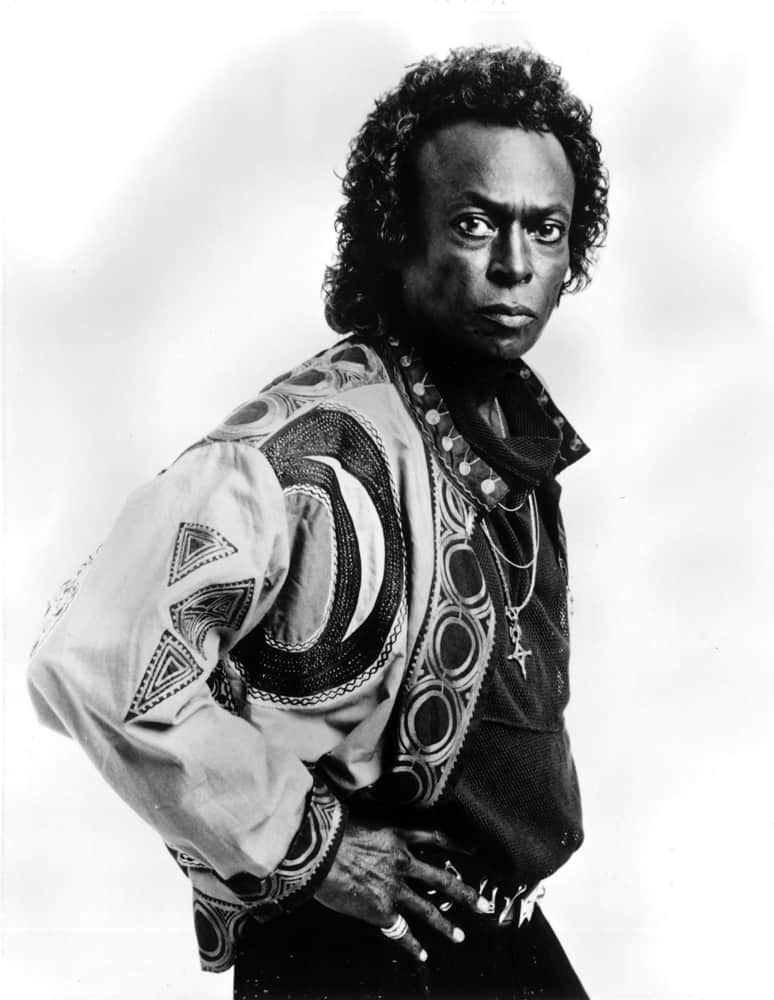 The year after his birth in Alton, Illinois, Miles Davis moved to East St. Louis. He played trumpet in the jazz band at Lincoln High School and was a member of Eddie Randle’s Blues Devils (a.k.a. the Rhumboogie Orchestra). By 1948 he led his own bop groups in New York. One of jazz’ great bandleaders and arrangers, his milestone recordings include Birth of the Cool, Kind of Blue and Bitches Brew. The Encyclopedia of Jazz calls him “the most consistently innovative musician in jazz from the late 1940s through the 1960s.” The Miles Davis Quintet is considered one of the outstanding groups of all time.