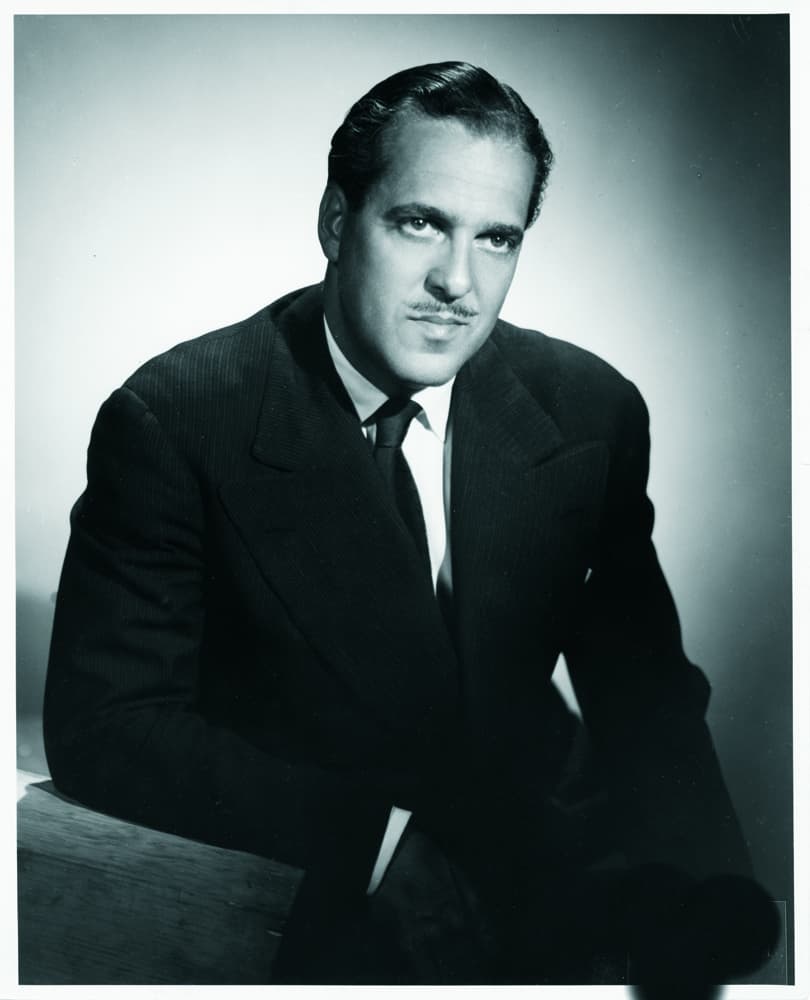 Writer and cartoonist Lee Falk, originally named Leon Harrison Gross, was born and raised in St. Louis. Falk created and wrote the comic strip Mandrake the Magician, which debuted in 1934 and featured a stage magician who used hypnosis and magic to fight evildoers. In 1936 Falk premiered The Phantom, the first masked, costumed superhero of the comics, pre-dating both Superman and Batman. Syndicated worldwide, at their height the strips boasted over 100 million readers per day. Falk also wrote novels and plays, and he directed or produced over 300 stage productions. One of the greats of the Golden Age of Comics, Lee Falk thrilled readers with daily doses of mystery and adventure until his death in 1999.