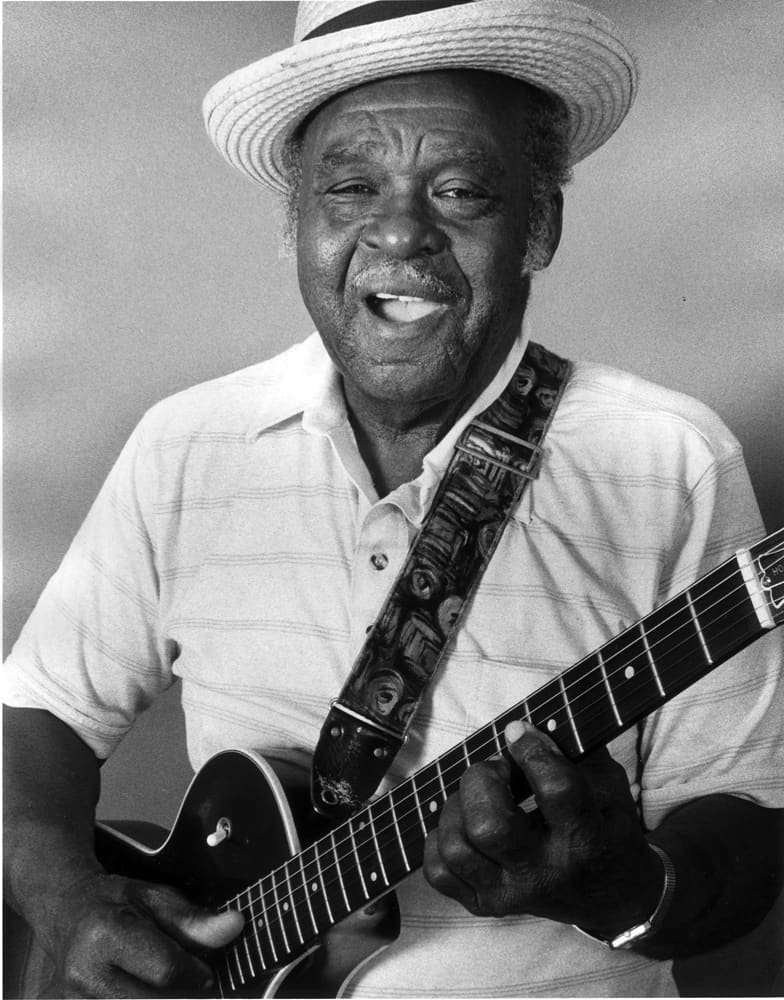 A great blues guitarist and pianist, Henry Townsend grew up near Cairo, Illinois. After moving to St. Louis, he made his first record in 1929. During the 1930s, he played with many of the early blues giants, including Walter Davis, Roosevelt Sykes and Robert Johnson. The author of hundreds of songs and sideman on countless recordings, Townsend became the patriarch of St. Louis blues, was featured in a BBC documentary and recorded in each of eight decades. Recognized as a “master artist,” he received the National Heritage Award in 1985. Blues Unlimited magazine called Henry Townsend “a commanding genius of a musician.”