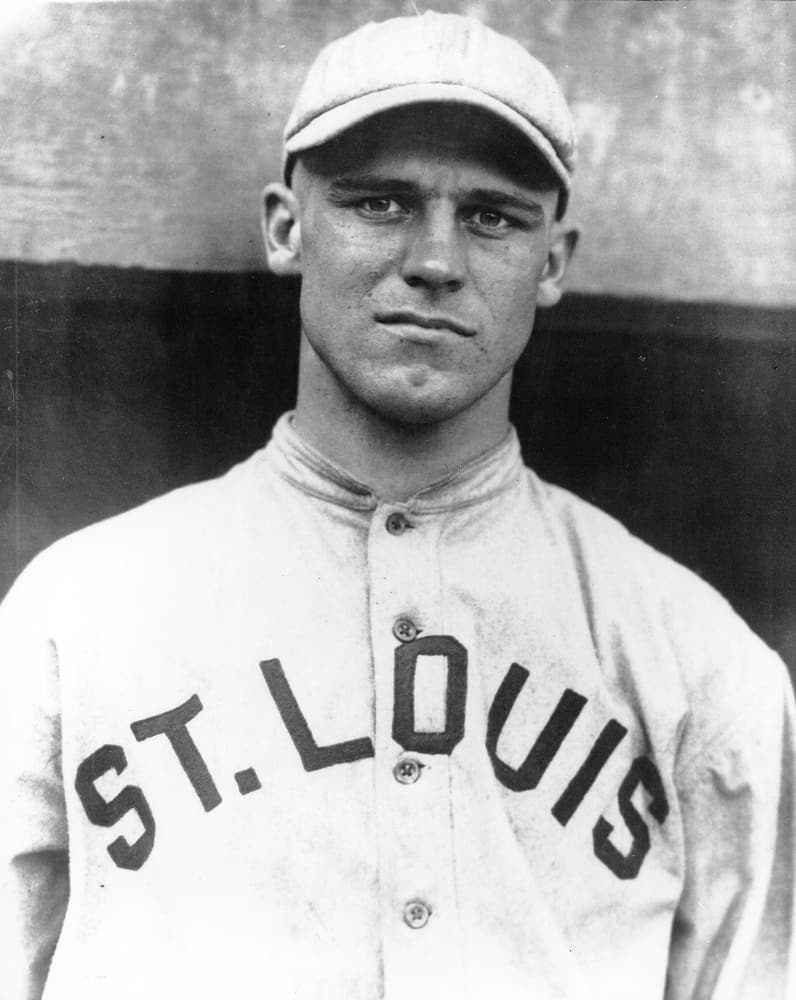 The greatest player in St. Louis Browns history, “Gentleman” George Sisler was arguably baseball’s most complete first baseman. Intelligent and athletic, he won two batting titles, led the league in steals four times and was one of the finest fielders ever. In 1920 he batted .407 and his 257 hits set a record that stood until 2004. League MVP in 1922, “The Sizzler” hit .420 and heroically led the mediocre Browns to within a game of the pennant. He finished his career with a .340 average and lived the rest of his life in St. Louis. Elected to the Hall of Fame in 1939, George Sisler was described by Ty Cobb as “the nearest thing to a perfect ballplayer.”