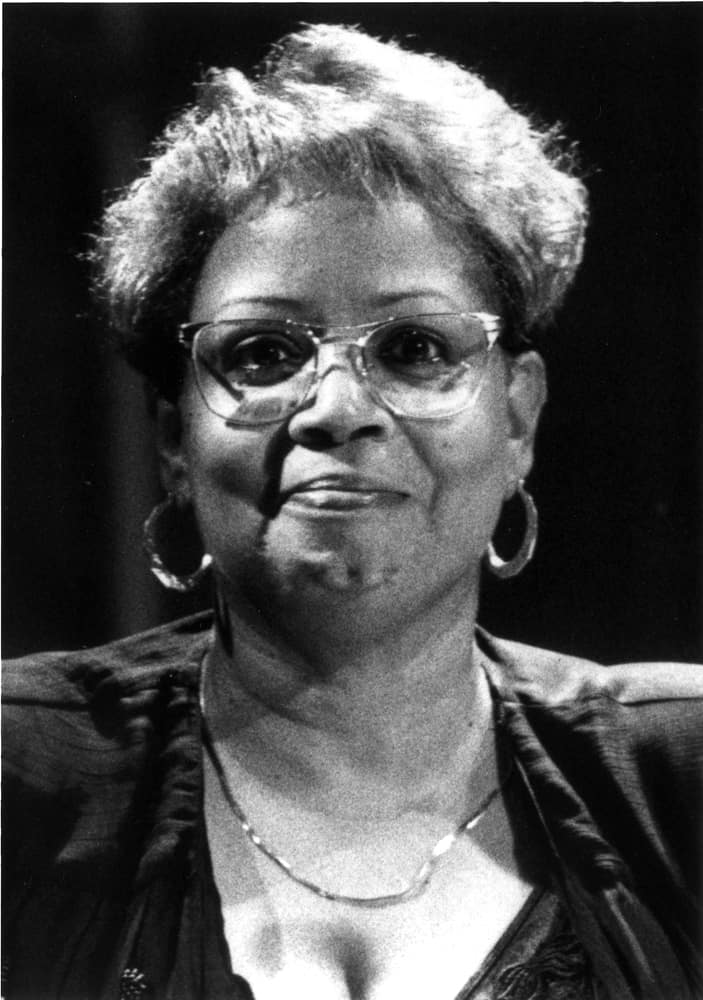 Fontella Bass, daughter of gospel great Martha Bass, was born and raised in St. Louis. She played piano and sang with R&B stars Little Milton and Oliver Sain, and launched her solo career in 1965 with the electrifying “Rescue Me,” a #1 R&B and #4 pop hit. After three years performing in Paris with Lester Bowie and the Art Ensemble of Chicago, she returned to St. Louis in 1972 to raise her family. Always sharing her musical gift in local churches, she went on to perform internationally and at Carnegie Hall. 1995’s Grammy-nominated album No Ways Tired and 1999’s Speaking in Tongues showcase the extraordinary talents of Fontella Bass.