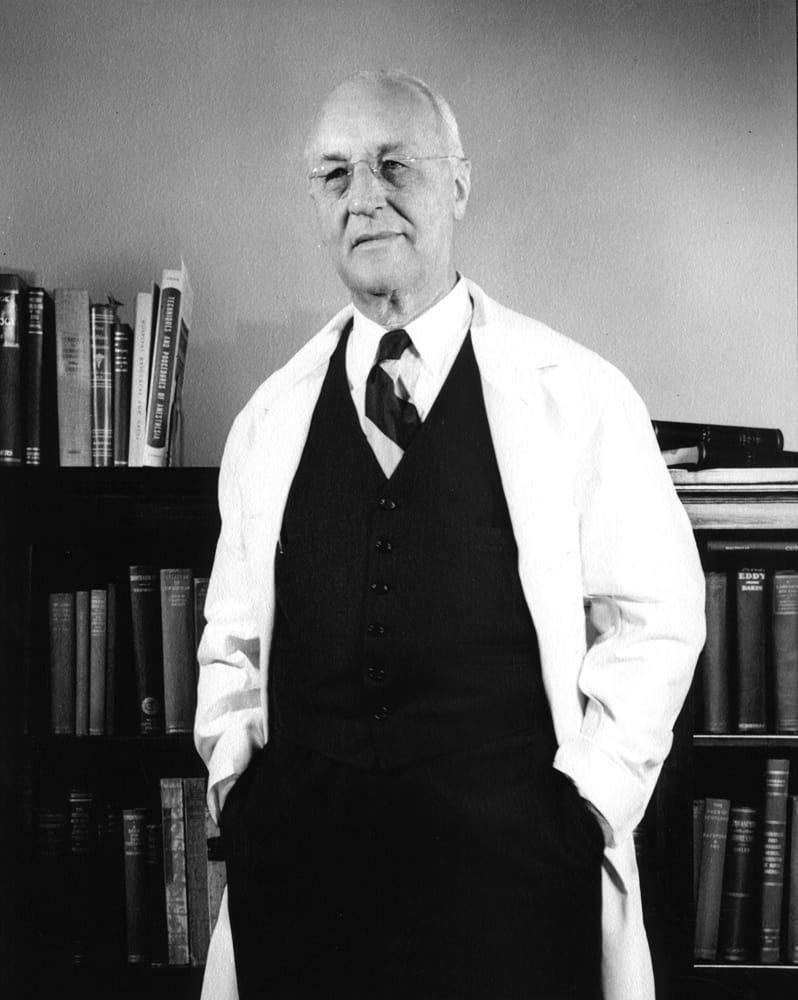 One of the 20th century’s most prominent surgeons, Evarts A. Graham chaired the Department of Surgery at Washington University from 1919 to 1951. Under his direction, it became a world leader in surgical procedures and training. Graham performed the world’s first successful removal of an entire lung at Barnes Hospital in 1933; his 49 year-old patient lived another 30 years. Graham pioneered techniques to detect gallbladder disease and engaged in momentous research linking cigarette smoking to lung cancer. An advocate for ethical medical practices, Evarts A. Graham’s “influence radiated over every aspect of the national and international surgical scene.”