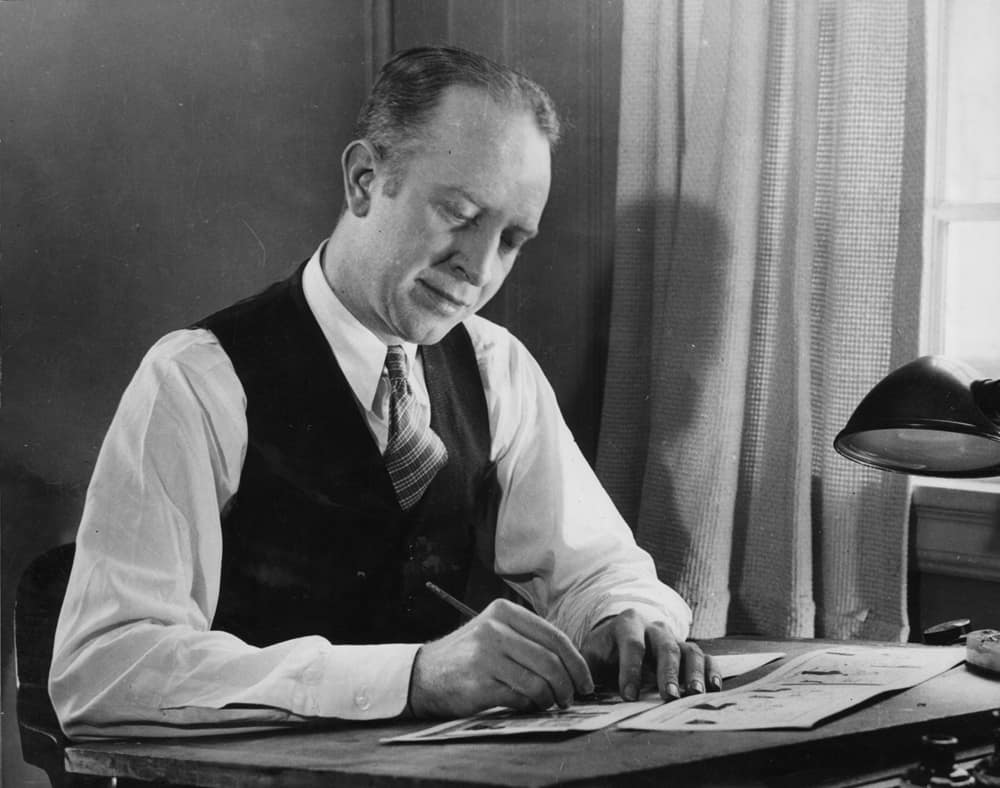 Cartoonist Murat Bernard “Chic” Young grew up in St. Louis at 2148 Oregon Ave. and graduated from McKinley High in 1919. In 1930 Young created Blondie, a comic strip featuring Blondie Boopadoop and her boyfriend Dagwood Bumstead. Readership jumped after the couple married in 1933, eventually reaching 250 million as the Bumstead family merrily depicted the joys and tribulations of middle class life. Blondie inspired radio, film and television series and introduced the world to the “Dagwood” sandwich. Chic Young produced over 15,000 Blondie installments by the time of his death in 1973, after which the strip was created by his son Dean and flourished into the 21st century.