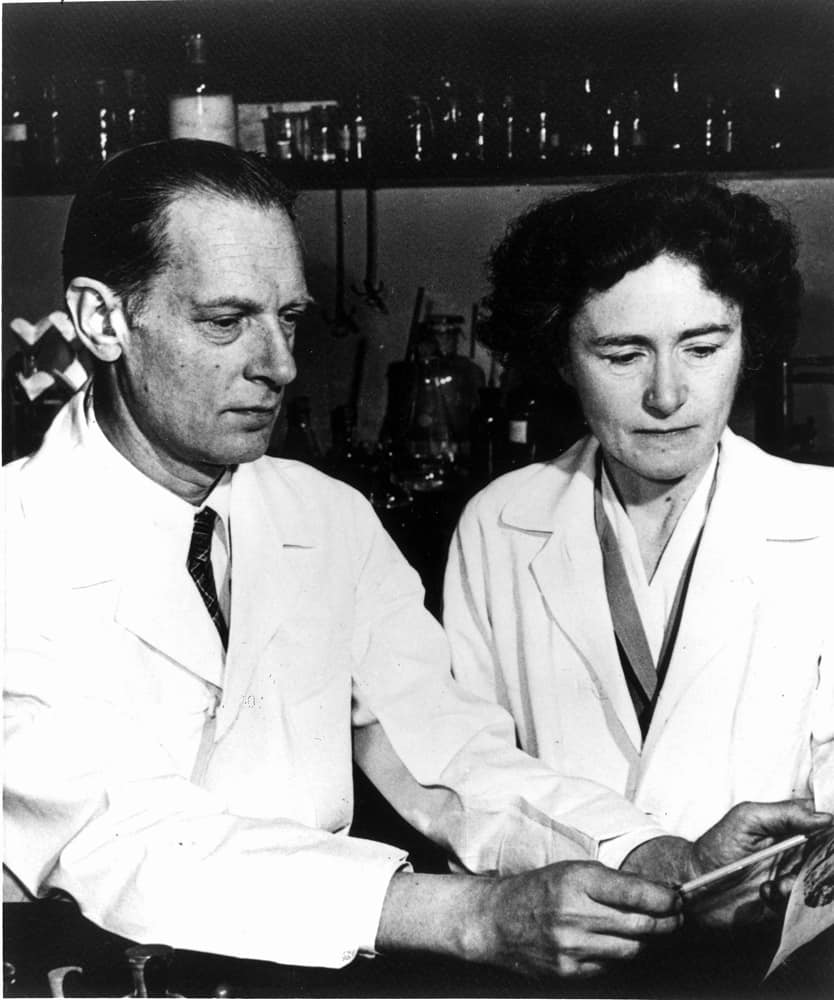 Carl Ferdinand Cori and Gerty Theresa Radnitz earned medical degrees from the German University of Prague in 1920 and married later that year. After they joined the Washington University School of Medicine in 1931, their discovery of the mechanism for blood glucose regulation earned them the Nobel Prize in 1947. Gerty Cori was the first American woman to be so honored. In addition, six eventual Nobel laureates received training in their laboratory. Carl Cori said of their remarkable collaboration, “Our efforts have been largely complementary, and one without the other would not have gone so far…”