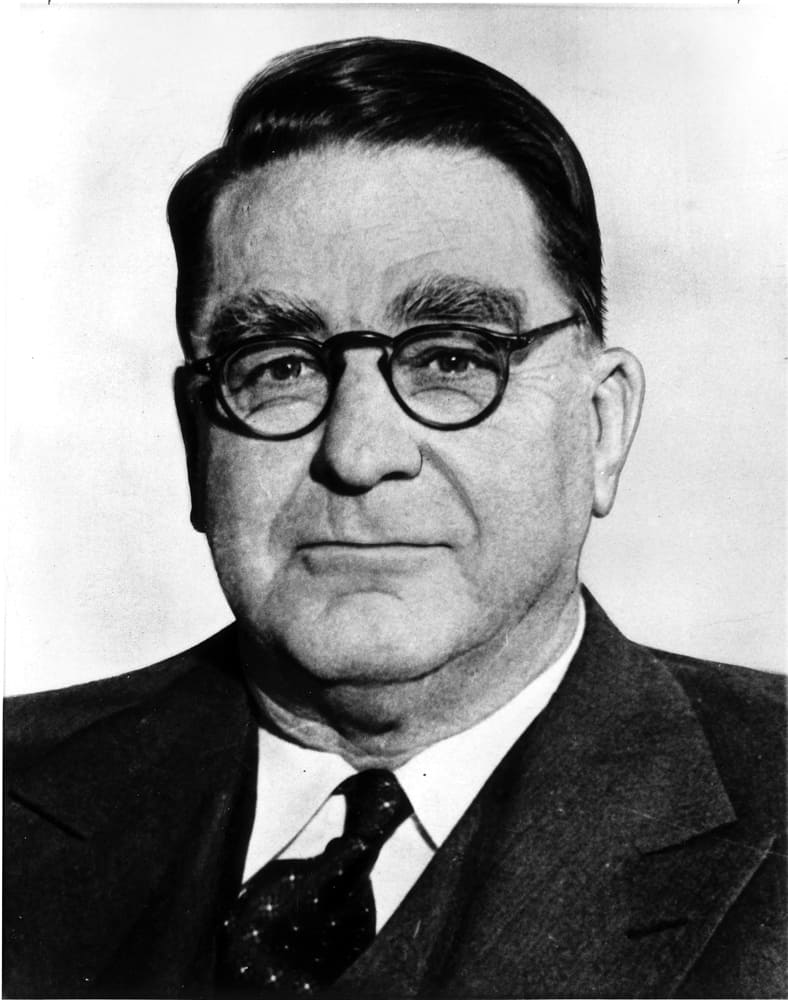 Often called the greatest front-office strategist in baseball history, Branch Rickey came to the Cardinals in 1917 and turned a losing team into a powerhouse. Believing that “luck is the residue of design,” he developed the modern farm system that brought the Cardinals nine pennants and six World Series through the 1940s. After moving to the Brooklyn Dodgers, Rickey signed Jackie Robinson and brought him to the majors in 1947; more black players soon followed. Branch Rickey simultaneously broke baseball’s color line and built the great Dodger teams of the 1940s and 1950s, ensuring his induction into the Baseball Hall of Fame.