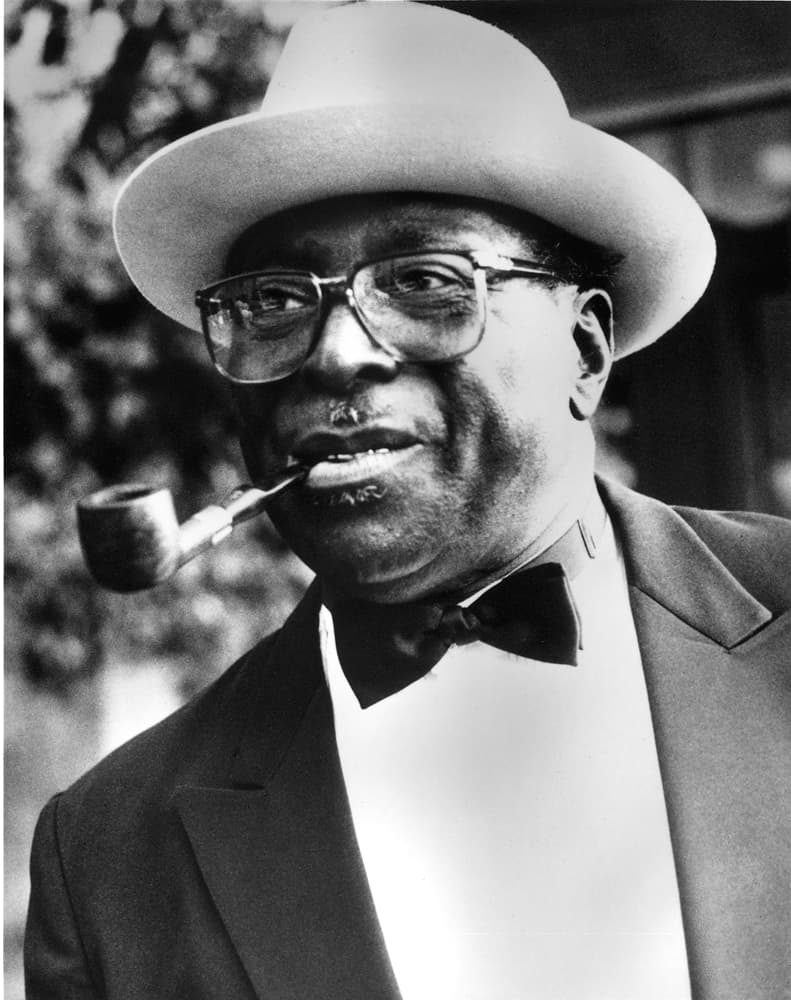 Born Albert Nelson, he was a farm laborer who became a premier blues guitarist. Self-taught, first on a one-string “diddley-bow” and then on a guitar he made from a cigar box, King played left-handed and upside down. In 1956 he moved to Lovejoy, Illinois, across the river from St. Louis. King perfected his searing guitar sound in the historic 1950s and 60s St. Louis blues and R&B scene. In 1966 he signed with the Stax label, where he recorded such classics as “Crosscut Saw” and “Born Under A Bad Sign.” After a legendary 1968 Fillmore West concert series and recording, Albert King was called “the most-imitated blues guitarist in the world.”